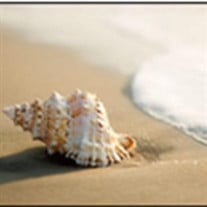 In Loving Memory of Davilmar Biggs Davilmar (“Davil”) Enrique Biggs passed to his rest on December 6, 2020. Davil was born February 15, 1959 to Mrs. Thazarbell Biggs and Mr. Abraham Lincoln Biggs, the youngest of 12 children in Panama. At 16, Davil immigrated to the United States, graduated and later joined the United States Army at the tender age of 18. It is at this time that Davil met his German wife Jutta, and to this union four beutiful children were born while serving and then living as a civilian in Germany— Jamaar, Jennifer, Davilmar Anthony, and Julianna, all still living in Germany. Davil was an accomplished composer and pianist. His music story began at age 11 after his older siblings were away and he had full access to the family piano. He began his formal study of music at a young age at the Conservatorio de Panama (Panama Conservatory). Davil also had the opportunity to study with Cuban Pianist, Ubaldo Diaz, who was himself a student of the great Alicia De la Rocha. At age 16 he played a concerto in Carnegie Hall after working two years with Professor of music Antwan Beserge. While in the army, Davil joined the Army Symphony where he obtained a Masters of Art in Music. Davil maintained an interpretation of the classics that was always uniquely his own. From his original compositions to his arrangements his distinctive playing style was incomparable. Later in life, Davil began producing CDs of his musical arrangements and orchestrations of his favorite hymns and worship music, often giving away more than he sold. Music was his gift. He was a great musician; a star on Youtube, making CDs and videos. Davil’s music in intergenerational and so he was able to teach music to people of all ages. He was quintessential as he played classical music, jazz, and gospel, all with the same passion. He hoped that his music would be heard through the world and console those who lost hope. Davil loved the Lord and for the last 10 years, he played for three churches on Sundays, bringing them friendship and spiritual love. By God’s grace and direction, Brother Davil as he was known, arrived at First Glorious Church of Love and became a faithful and integral part of the ministry. It was in his role as Minister of Music that Davil’s love for and relationship with the Lord continued to grow. Davil’s dream was to be world renown. He jokingly said, “I guess I must first die before I am recognized by everyone.” Sadly, this is true. His music will live on… Davil is predeceased by his brother Narciso Biggs, Buster Biggs, Elick Biggs, and sister Veronica Biggs. Davil is survived by four children: Jamaar Biggs, Jennifer Biggs, Davilmar Biggs, and Julianna Biggs. Davil leaves to grieve his mother, Thazarbell Biggs. Davil also leaves to mourn one brother, Reboam Biggs, and seven sisters: Jenetta Williams, Delia Berger, Shirley Haywood, Esperanza Biggs, Dr. Valrie Honablue, Joy Owens, and Lavona Wilson; nieces, nephews; and host of relatives, friends, and acquaintances. Davil also leaves cherished memories with the entirety of the First Glorious Church of Love family and friends. Davil, take your sweet rest in God’s arms. God’s way is best. God took you early to save you my love, and we will all meet again in heaven where there is no pain, sadness or death. Let us all sing “A mighty Fortress”: Verse 1 A mighty fortress is our God, a bulwark never failing; our helper he, amid the flood or mortal ills prevailing. For still our ancient foe does seek to work us woe; his craft and power are great, and armed with cruet hate, on earth is not his equal. Verse 2 Did we in our own strength confide, our striving would be losing, were not the right Man on our side, the Man of God’s own choosing. You ask who that may be? Christ Jesus, it is he; Lord Sabaoth his name, from age to age the same; and he must win the battle. Verse 3 And though this world, with devils filled, should threaten to undo us, we will not fear, for God has willed his truth to triumph through us. The prince of darkness grim, we tremble not for him; his rage we can endure, for lo!, his doom is sure; one little word shall fell him. Verse 4 That word above all earthly powers, no thanks to them abideth; the Spirit and the gifts are ours through him who with us sideth. Let goods and kindred go, this mortal life also; the body they may kill; God’s truth adideth still; his kingdom is forever.

The family of Davilmar Biggs created this Life Tributes page to make it easy to share your memories.

In Loving Memory of Davilmar Biggs

Send flowers to the Biggs family.