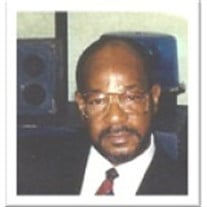 Gladstone Roy Russell born March 18, 1947 to Laura and Albert Russell in St. Catherine, Jamaica whom 5 sons were conceived. Allen-deceased, Clement-deceased, Derrick-deceased, Lloyd is the only surviving sibling. Russell (as we called him) was the last of the 5 sons. Russell attended Seafield Primary School, then graduated from Knockalva Technical High School (Jamaica). He later migrated to the United States around 1981. Family 2 Daughters from previous relationships: Cheryl Sinclair and Angela Fothergill Russell married his main squeeze, Veronica Smart, a retired credit supervisor from Jackson Memorial Hospital 28 years ago in 1992 Stepdaughter: Takia Smart Proud grandfather of Tyree Graham, Kiani Graham, Danielle Sinclair, Hope Sinclair, Cheriann Sinclair, Ayisha Fothergill, and Anthony Fothergill. Career Russell continued his career in the United States as an Insurance Agent Underwriter with Independent Life/American General (AIG) where he was promoted as Staff Sales Manager. He received numerous awards, honors, and accolades for outstanding sales service and professionalism. He later became involved in selling real estate. Character Russell was a very private man of few words with amazing core values. He strongly stood by his conviction and moral belief that "less said and more contributions" have a stronger benefit. He believed that love is an action word that should be displayed. Behind the scenes Russell has impacted many. His character, deeds, and actions are a part of his legacy. He enjoyed cooking, reading, sports, and the stock market. His grandchildren were the true joy and loves of his life. He has deposited so much into their growth and development. They enjoyed swimming, checkers, games, study time, and the pride of his Jamaican culture. Russell will fondly be remembered by family and friends as a devoted husband, father, and grandfather. A distinguished professional in his trade, humorist, and a man with honorable integrity. Russell passed in peace on June 3, 2020 at the age of 73.

Gladstone Roy Russell born March 18, 1947 to Laura and Albert Russell in St. Catherine, Jamaica whom 5 sons were conceived. Allen-deceased, Clement-deceased, Derrick-deceased, Lloyd is the only surviving sibling. Russell (as we called him) was... View Obituary & Service Information

The family of Gladstone Roy Russell created this Life Tributes page to make it easy to share your memories.

Send flowers to the Russell family.