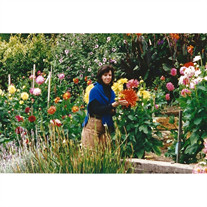 An amazing mother, wife, sister, daughter, and friend.  A beautiful person inside and out, who has touched so many lives with her magnetic personality, beautiful smile, and infectious laugh.  Jacki was a kind, loving, inspiring, compassionate, and courageous women who put everyone else before herself.  She spent her life making sure everyone who was close to her was happy and cared for.  She was so incredibly optimistic and always found the good in people, despite their faults.  Jacki's compassion for others was clear through the numerous volunteer activities she was involved in, such as Habitat For Humanity, Broward Outreach Center, American Cancer Society, and many church related activities, to name a few.  She was also known as "The Golf Mom" at her son, Baldonick Jr's. High School for all her dedication to the team. Jacki was born in Hialeah, Florida and then moved to Tampa at an early age.  After graduating from University of South Florida with a degree in Geology and Environmental Science, she worked as an Environmental Engineer for ten years and then decided to change her career path to Medical Services, so she could dedicate more time to raising her son, Baldonick Jr. (AKA, Nickyboy).  Family meant the world to Jacki.  She and her husband, Baldonick shared their home with her parents, Rosita and Pedro to ensure they were always there for them.  She was also very devoted to Baldonick and Nicky.  She loved to accompany them at their many golf events, and she even learned how to play, to spend more time together.  Jacki's love for travel also helped to create their family's incredibly strong bond.  They've traveled all over the world, 32 countries and 43 states to be exact.  They always came back with new and exciting stories to tell. To say Jacki was courageous and inspiring is an understatement.  From the day her battle with Ovarian cancer began three years ago, she never stopped fighting.  With Baldonick by her side, they worked together to try to beat this horrible disease.  Throughout her entire battle, they kept a FaceBook journal to keep her friends and family informed.  The journal was entitled "ALL IS WELL".  Whether her posts were positive or not so positive, she always ended them on a high note with the three simple words, "ALL IS WELL".  This phrase perfectly exemplifies who Jackeline Fernandez was during her time on this earth.  No matter the challenge, she found a way to remain in good spirits and keep on fighting.  So, if there was anything that Jacki would want us to remember, even during this difficult time, it would be those three simple, yet uplifting words...ALL IS WELL! In lieu of flowers, please help our fight against cancer by donating to: In Memory of Jacki Fernandez Office of Advancement Sylvester Comprehensive Cancer PO Box 016960(M867) Miami, FL 33101

An amazing mother, wife, sister, daughter, and friend.  A beautiful person inside and out, who has touched so many lives with her magnetic personality, beautiful smile, and infectious laugh.  Jacki was a kind, loving, inspiring, compassionate,... View Obituary & Service Information

The family of Jackeline A Fernandez created this Life Tributes page to make it easy to share your memories.

Send flowers to the Fernandez family.