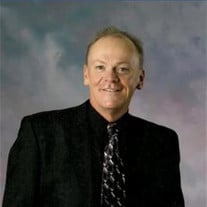 John Thomas Lee lived a wonderfully obnoxious 60 years on this earth before leaving us suddenly on October 24, 2020. He blessed us all with lasting, precious memories of his foolish debauchery. Little Johnny Tom Tom was born in Marietta, Ohio on December 4, 1959, the second child of Shirley (n?e Wallace) and Wilmer Lee. Even though his parents always told him that he was sh*t out by a crow and they found him on a fence post and took pity on him, he was always lovingly referred to as “the meat in the sandwich.” His older sister, Jo Ann (John Edwards), just 15 months old at the time of his birth, had no idea of the lifetime of shenanigans in store for her. John’s younger brother, Wil (Kyla Lee), was born 11 years later and thus missed out on years of playful torment. Although, John did work hard at making up for this. The family grew up in Lower Salem where John wore tape-repaired glasses and drove the tractor every day to check the mail (even though the shed that housed the tractor was further away from the house than the mailbox itself). John spent his childhood days with his siblings and gaggle of cousins, making ridiculous memories that he loved to laugh and reminisce about. Oh, did this man love to laugh (and be laughed at). His laugh was infectious and anyone who knew him can hear it clearly in their minds with just the mention of it. After graduating from Marietta High School in 1978, John enlisted in the Navy, where he was stationed on the USS Brewton, homeported in Pearl Harbor, for 4 years. He was rightfully proud of this accomplishment, as he followed in the footsteps of his father and uncles as a serviceman. He also enjoyed bragging about how awesome it was to live in Hawaii. After the Navy, he spent his life traveling near and far for his trade as an expert machinist. He eventually made his home with a network of fun loving people in Little River, South Carolina. While on the job, he often sent messages to his family and friends about the too-cold weather or the too-high rig he had to climb up. To which, most would reply, “Stop being such a baby.” He also made time to visit his family if he was close by on his travels or gift his airline miles to help a loved one in need. He looked forward to family reunions each summer where every cousin would attest to his ornery nature, and he took pride in preserving family history. Yes, John had tremendous love for his family and friends. Most times he showed his love by way of relentless teasing and mocking. If you were being picked on by John, you knew it was because he loved you. John enjoyed causing mischief, like sending glitter in Christmas cards (raise your hand if you still have glitter in your kitchen from John), then would plead innocence when questioned about such things. John also loved children very much but was never blessed with his own. This led him to take his job as uncle and great-uncle especially to heart. He always remembered birthdays and Christmases (see glitter reference above), he always gave big hugs and very unsolicited opinions, he always made an effort to stay in touch and tell us that he loved us, and he always tormented us just enough to make sure we weren’t raised to be too delicate or too sensitive. In addition to his beloved siblings, nieces, nephews, great-nieces, great-nephews, and cousins, John is also survived by the love of his life. His Harley. He enjoyed meeting new people because of his bike and relished the freedom it provided for him when he had the time to take it for a cruise. John is preceded in death by his greatly adored parents and by his dear cousin, Jay Harper, who was his life-long partner in crime. Lord only knows what they’ll be up to in the afterlife. Services are planned for a celebration of life ceremony at the Mt Ephraim homecoming in Lower Salem, Ohio in July 2021. In the meantime, please leave your favorite John story here, as we would like to read them for one last laugh at his expense while we’re settling his affairs together. John would also want everyone to know that a burial at sea, courtesy of the United States Navy, is in the works; complete with a letter from the President of the United States, thanking us for his service. Even in death, he’s still the ultimate one-upper. If you’re reading this, we sincerely hope that this will remind you that none of us are promised tomorrow. We hope you’ll remember to be more like John Boy. (Well, maybe just dialed back a little.) Buy a slime kit and permanent marker set for your niece on her birthday. Call your sister to ask for your mom’s jam recipe and then take the time to make it and share it with your neighbors. Seize the opportunity to make your brother laugh by sending him an inappropriate joke. Chase your cousins with boogers. Take a dang limo to the airport on your next business trip. Laugh and find joy in the people who love you. "Drive fast and take chances" (not literally, of course). Just don't mail any glitter.

John Thomas Lee lived a wonderfully obnoxious 60 years on this earth before leaving us suddenly on October 24, 2020. He blessed us all with lasting, precious memories of his foolish debauchery. Little Johnny Tom Tom was born in Marietta, Ohio... View Obituary & Service Information

The family of John Thomas Lee created this Life Tributes page to make it easy to share your memories.

John Thomas Lee lived a wonderfully obnoxious 60 years on this...

Send flowers to the Lee family.