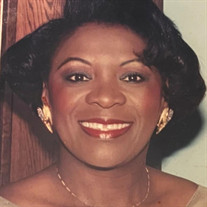 Thelma Williams was a phenomenal woman, wonderful friend, daughter, sister, devoted mother, grandmother, and great grandmother, and beloved Aunt. Thelma Williams transitioned from this life on Saturday, March 5, 2022, having lived an abundant life sharing compassionate care, joy, love, laughter with all whom she knew, and never met a stranger. Thelma was born December 1, 1937, to Nathaniel Charles and Millicent Charles in St. Vincent, West Indies, and raised in Trinidad and Tobago. The eldest of three children, Thelma decided at an early age that caring for others was her calling and passion. Her early education was in Trinidad. She migrated to England, where she began her nursing studies, attained her nursing degree, started her nursing career, and was voted the best Practical Nurse in the hospital where she worked. She moved to Toronto, Canada, with her husband, Kendall and daughter, Dianne continuing her studies and nursing career. In 1971 Thelma moved to Atlanta, Ga, where she found a professional home as a nurse in the well-known Dr. Bernard Bridges’ office, where she worked for numerous years. She continued her nursing career at the Morehouse Clinic at Morehouse College School of Medicine and retired in 2000. Thelma's medical skills and compassion positively impacted the lives of thousands of people. Our beloved Thelma loved life and loved making people happy. When not working or raising her daughter Dianne, Thelma was busy cooking and catering her delicious, unique Caribbean and Southern recipe dishes in Atlanta and beyond. She was a pillar in the Atlanta Caribbean community. She assisted in organizing and participating in numerous Caribbean Carnival parades and celebrations in Atlanta and Miami, even launching her own costume band. In 2005, she was awarded the Community Service Award by the Trinidad & Tobago Association of Georgia, in appreciation for her selfless service and leadership. She hosted innumerable parties where she prepared and shared her unique favorite dishes. You could count on being filled with her joy and love as her infectious laughter always followed “Are you hungry? Come!” One of her favorite sayings was “always be kind to others, especially those less fortunate.” Her credo was “work hard, play hard” and she was an example of both. Her legacy will live on in the hearts and minds of everyone she interacted with as well as those whom her contributions indirectly impacted. Thelma is survived by her daughter Dianne Williams her grandson Darien Morgan, great-granddaughter Gracie Dakota Morgan, a sister Lynette Williams a niece Karen Williams, and her former husband, Kendall Williams. She is preceded in death by her parents, Millicent Charles, Nathaniel Charles, and a brother, Cuthbert Charles.

The family of Thelma L Williams created this Life Tributes page to make it easy to share your memories.

Send flowers to the Williams family.